Malice Domestic: My Introduction to the World of Mystery Writing 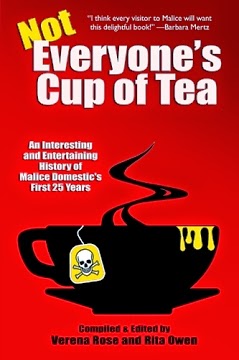 I'm feeling rather sentimental as I'm packing to leave for the Edgars and Malice Domestic, because Malice was my introduction to the world of mystery writing, back in 2007, and this year I've been nominated for an Agatha Award for my locked-room mystery story "The Hindi Houdini." It's a tremendous honor to be nominated by the community that got me to take my writing seriously.

Seven years ago, the Malice Grants Committee selected my work-in-progress for a grant, showing me there was promise in my scribblings. When I arrived at the convention to accept the award, I didn't know a soul in the mystery community. By the time I left three days later, I had a local writers group, an online community, and a convention I knew I'd be back to every chance I got.

I was looking through my photos from Malice Domestic over the years. I'm posting a few of them here, along with some thoughts about how this community has impacted my writing and my life. Hey, it's better than packing, which is what I should be doing right now!

Maybe in the process of walking down memory lane I can also help those of you who are attending the convention for the first time feel more comfortable. Malice Domestic is the friendliest convention I've ever attended--and I've been to a lot of wonderful conventions over the years.

Though I often credit the William F. Deeck-Malice Domestic Grant as giving me the push I needed to take my writing seriously, in truth it was the whole traditional mystery community at Malice Domestic that convinced me I could be a writer.

At the opening ceremonies in 2007, I met Juliet Blackwell, who was up for an Agatha Award for Best First Novel for Feint of Art, a book I'd read and loved. She and I got to chatting, and it turned out she was the president of my local Sisters in Crime chapter in Northern California! The following month I attended my first Sisters in Crime NorCal meeting, and the following year I began serving on the board.

As I wandered the halls during that first convention, I was also hailed over to a table by a friendly group who told me about the Guppies, an online group of aspiring mystery authors. I'd never heard of the Guppies, but since then I've learned more than I ever imagined about both the craft of writing and the business of writing--not to mention finding the greatest camaraderie I could ask for.


When I returned to Malice, I knew a few people, but I still felt like a tiny fish swimming blindly in a huge pond. But by then I knew that everyone was so friendly, it didn't matter that I was a newbie. It was wonderful chatting with mystery readers who shared my passion for traditional mysteries, getting to know fellow aspiring writers, and meeting authors whose books I loved. I even discovered that a woman who knew me when I was a baby was now a mystery writer!

I was waylaid by a breast cancer diagnosis and couldn't attend while undergoing chemo, but one of the few positive aspects of cancer is the way it clarifies life priorities. As soon as I was well enough, I threw myself into my writing and came back to Malice. That was a special year for many reasons, the first of which is that I had the opportunity to meet Barbara Mertz, aka Elizabeth Peters, whose books I devoured as a teenager and who inspired me to become a writer (and who I've gushed about elsewhere).

I reconnected with dear friends I met through the Malice community. The chance encounters I've made over the years have led to wonderful friendships and collaborations.

The following year was the 25th anniversary of the convention. Aaron Elkins was being honored with the Lifetime Achievement Award. There are three authors who get a full shelf on my bookshelves devoted to their books: Elizabeth Peters, John Dickson Carr, and Aaron Elkins. After meeting my first literary idol the previous year, I was excited that I'd get to see Aaron Elkins in person for the first time. (John Dickson Carr passed away shortly after I was born, so I won't be meeting him any time soon.) 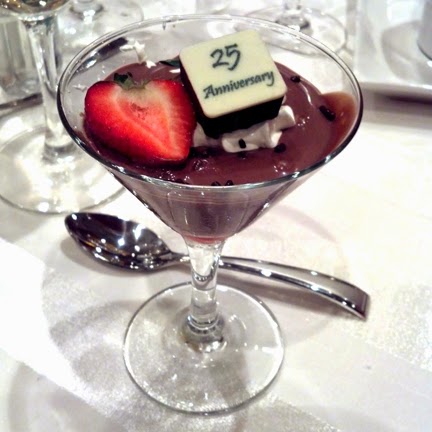 My encounter with Aaron Elkins exemplifies the spirit of the Malice community. He knew I was a huge fan of his Gideon Oliver books, because of articles I'd written online that he'd seen. Barbara Mertz was scheduled to conduct his Lifetime Achievement Award interview, but when she was ill and couldn't make it, Aaron thought of me and asked me if I'd like to step in and do the interview. We'd never met before that weekend, but he'd read my first novel that had recently come out. After a few moments of disbelief about being asked, I said yes (of course!). I had a great time chatting with my idol, asking him all the questions I always wanted to know the answers to.

After that, I knew I was no longer a newbie to Malice. Now I look forward to getting together with old friends and new, such as at the Sisters in Crime breakfast and Guppy lunch. It's difficult to take more than a few steps down the hall without getting caught up in an interesting conversation.

This year I'm also hosting a table at the Agatha Awards banquet on Saturday night. Attendees choose which table they's like to sit at when they check into the convention. If you'll be there and want to sign up for my table, you'll get some pirate table favors (since Pirate Vishnu is the latest Jaya Jones Treasure Hunt Mystery). Having read all the fantastic short stories nominated for the Agatha (you can read all of them here), I'm not expecting that I'll have to give an acceptance speech, meaning I get to sit back, relax, and enjoy the evening.

Another first for me is that I'm not flying home until Monday, meaning I get to attend the tea on Sunday for the first time. If you're attending this year's Malice, I hope you'll stop me in the hall to say hello!

Last month I attended Left Coast Crime, and I've been thinking more about an interesting discussion that took place during one of the convention panels I was on, Alternative Paths to Publication.

An interesting theme emerged in our panel discussion: much more than our situations, it was our personalities shaped how we felt about being involved in different aspects of publishing.

It wasn't simply a matter of each of us assessing our goals to decide what type of publishing was best for us (though goals are still  important). Instead, regardless of what we each wanted to get out of publishing, it was the way in which we approached tasks that mattered most.

Cindy and I were the starkest examples. Where she absolutely loves being responsible for every last aspect of producing her books, I hated that part of publishing when I was doing it.

Now that much of the stigma of self-publishing is gone, what remains is authors making the right choice for their own circumstances--but a lot of that "right choice" has to do with what a person enjoys doing on a daily basis.

I could never be as successful as Cindy at self-publishing for a gazillion little reasons, all of which have to do with control and responsibility ("control" being the positive spin on "you're-responsible-for-every-single-thing"). Cindy is currently responsible for every aspect of producing her books, just like I was when I formed Gargoyle Girl Productions to publish Artifact in 2012. I learned so much about publishing by being my own publisher, and for that I'm thankful. But I learned even more about myself. Sure, it can be great to have control over exactly what your cover looks like; but it also means you're responsible for making that vision happen, including all the little details you never imagined were part of producing a cover. I learned that I'm not someone who enjoys being in control of the never-ending list of tasks associated with producing a book--I want to focus on writing the next one!

I'm an incredibly organized person, but that wasn't enough. A comprehensive list with due dates is no good if you procrastinate on the tasks you don't want to do--and procrastinating was what I did with 90% of the things that had to be done. It didn't matter that I had the skills to pull of being my own publisher. What mattered was that because I didn't enjoy the non-creative side of the writing business, the mental drain was hurting my writing. You bet I jumped at the chance to work with Henery Press and Midnight Ink.

I should note that it's true authors often bemoan the fact that they need to publicize their books in addition to writing them, but the promotion you do as an author with a publisher backing you is nowhere near the amount you need to do without a publisher behind you.

There are many resources for writers considering what type of publishing is best for them, and the times are changing quickly, so I'm not going to go over nuts and bolts of either type of publishing in this post. Instead, I'll leave you with the best advice I gave give you: be true to yourself, and the right answer will emerge.

I'm getting ready for Malice Domestic, where I'm looking forward to many fascinating conversations with readers and writers over the long weekend. If you'll be there, be sure to say hello!