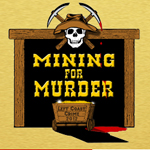 I'm back from Left Coast Crime, a fantastic convention for mystery fans. I caught the Amtrak Capitol Corridor train up to Sacramento, rather than driving, which was a great start to the long weekend. I spent the hour-and-a-half train trip writing down ideas for a novella.

In addition to attending panel discussions on entertaining topics, one of my favorite things about mystery conventions is the combination of being able to catch up with old friends and meet so many interesting new people. Left Coast Crime 2012 was no exception. Here are a few of my highlights.

The Guppy lunch: A dozen of us from the Sisters in Crime Guppies Chapter got together for lunch on Friday. I'd previously met only a few of the Guppies who attended the luncheon, so it was wonderful to meet several writers I'd previously known online.


Moderating a panel: I moderated a panel on short stories with authors Tim Wohlforth, Richard Lupoff,  Deborah Ledford, and Jack Erickson. My only complaint was that the session was too short! We only had 45 minutes, and we were having such a great discussion that I didn't have a chance to ask everything I wanted to. The room was packed, and I was happy to see so many people interested in short stories, a form I love.


Attending panels: I learned a lot at the e-publishing presentation by Elle Lothlorien, who's had great success self-publishing her romantic comedy novel The Frog Prince. On the publicity and social media panel, I was happy to see the panelists shared my philosophy that since you can't do all social media (at least not if you ever want to sleep), you should chose the aspects that are fun for you, and those are the things you'll do well at because you're genuine and you'll stick with them. It was also inspiring to attend the panel with the debut novelists nominated for Best First Novel; their enthusiasm was catching.

Hanging out at the bar: Since one of the best things about mystery conventions is getting to know other mystery writers and readers, a lot of socializing happens over coffee in the hospitality suite or drinks at the bar. I was slightly apprehensive about socializing post-cancer, since I'm doing my whole healthy eating and drinking thing. However, I needn't have worried. I was so busy talking with fascinating people that I didn't miss my old habits. I was also so caught up in the moment that I didn't take many photos (but Sophie Littlefield posted many more photos here).

Celebratory Saturday night: Along with my roommates Sophie Littlefield and Juliet Blackwell, I dressed up for the awards banquet on Saturday night. Two members of my local NorCal Sisters in Crime chapter won awards: Kelli Stanley was awarded the Golden Nugget and Ann Parker won the Bruce Alexander Historical Mystery award.


When it was time to leave on Sunday morning, I had a tough time packing since I'd bought so many books!